My roots in this district run deep. 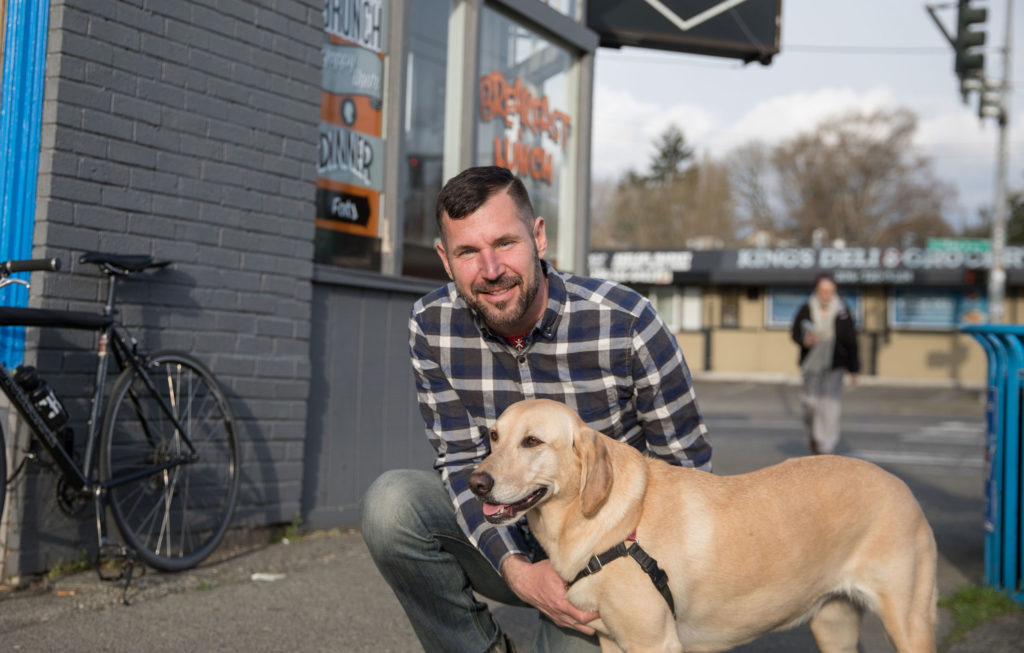 My great grandfather moved to the district after starting the region’s first coal miner union. My grandparents lived on Capitol Hill in the 1930s and later raised my mom in the Mount Baker neighborhood.

Her father was the Business Agent for Teamsters Local 174 and her mother worked outside the home, a rarity in those days. I myself was raised in Auburn by two teachers but I came to the district as a kid, visiting the REI flagship store at the time in Pike/Pine and seeing the landmarks of my mother’s roots, including the Colman school, now the African American Museum just down from Judkins Park.

I landed back in District 3 after I came out in the early 90s. I remember watching the Pride Parade on Broadway just a few feet from here and feeling like I’d arrived someplace special, where I could be myself and be safe. Little did I know that 15 years later I’d be producing the Pride Festival downtown and ten years after that, a newly-imagined Pride event with 50,000 people on Broadway.

I’ve run two small businesses from District 3 and have led non-profits. In my work with PrideFest, I create the largest event throughout District 3—PrideFest Capitol Hill. And I manage the largest festival day in all of Seattle throughout the year, PrideFest Seattle Center. Through my work with the Capitol Hill Chamber of Commerce and Broadway Business Improvement Area, I interact with small businesses on a daily basis. With our members’ contributions, I manage 7-day-a-week cleaning of Broadway, including needles and graffiti that have become an everyday part of our urban village. I know the day-to-day in District 3 because I’m here every day doing work every day to make the lives of citizens and small business alike better.

I was proud to raise funds to support Referendum 74 which passed and gave same-sex couples in Washington the same right to marry as opposite-sex couples. My non-profit has raised tens of thousands to support local non-profits, including and especially the HIV/AIDS charities that have benefitted from our Red Dress Party. On Capitol Hill, I’ve tackled the day-to-day impediments that keep small businesses from thriving and on council I’ll continue to fight for workers in the district and across the city, to ensure they can make a living wage so they can remain in the city and not just survive, but thrive.

Next year, I’m planning on starting to have kids. I’m running to create a healthy, safe, vibrant city my kids can grow up in and a place we can all be proud of.

There is so much to do. Join me and let’s get to work.